My friends, Cassia and Gary Ward, were searching around their New England neighborhood to find a house that they could reasonably acquire and make their own. Each spouse had already raised their own family so now they were on a quest seeking an adult place to start a new life together. The house would have to be big enough to accommodate their combined collections of family art and antiques as well as visiting daughters, other family members and friends. Cassia and Gary were looking for a place that had links to the past but could be made comfortably functional also. The answer turned out to be a rambling old eighteenth century farm house that had been added onto and transformed by generations of folks over the past two and a half centuries. It also had the added financial advantage of having a rental unit complete with basement garage and back porch looking onto the spacious gardens.

Cassia began seriously studying ballet early in life and over time performed in Connecticut, New York City and Europe. Returning to the States she went on to an acting and directing career, and as all actors must, she held outside jobs. For her a natural place to settle was the theatrical publisher, Samuel French and Co., where because of a lifelong interest in literature her talents evolved and led her through various New York publishing houses where she developed her considerable skills as an editor, a career she still pursues. Gary started his adult career in the Navy where he earned the rank of  Lieutenant and was the Admiral’s Aide on the ship USS Courtney (DE 1021). From the Navy he went back to school and earned his MBA from Wharton School of Business at the University of Pennsylvania. He used his leadership and business skills in New York City as a corporate finance officer concentrating on mergers and acquisitions.

In an article from Country Life circa 1925 we learn that the house was called Chimney Corners by a previous owner, but Cassia and Gary affectionately refer to it as “Ye Olde. ” Their new home was originally built by Jesse Reid in 1761. The homestead stayed in the Reid family until 1915 when the actress Mary Servoss bought and renovated it to suit her needs. After that, Professor Albert F. Wilson acquired the property from Miss Servoss. Professor Reid and his wife, Ruth Danenhower Wilson, continued the historically sensitive restoration. The Wilsons were careful to save all the existing historic details. These included antique door and cabinet hinges, thumb latch door handles, large cooking fireplaces with bake ovens and a whole wall of original raised board paneling in the living room. They were also able to retain the original cedar shingles surrounding the front door which are in place to this day.

Over the years the homestead was upgraded and maintained by a succession of careful owners changing the position and purpose of many rooms. As for example, the kitchen has migrated over the floor plan throughout the centuries with remarkable capriciousness. Cassia and Gary removed a dilapidated greenhouse tucked into the ell of the building and built their own handsome kitchen following the spirit of the old homestead. Custom made knotty-cherry cabinetry was chosen because it mirrors the paneling in the living room and you can see from the photos that the effect is handsome indeed. The peaked ceiling at one end of the kitchen compliments the multiple dormers of the outside, adding an interesting rhythm of architectural silhouettes to the overall design. The contractor found old hand hewn beams stored away in the basement, revived them and incorporated these into the finish work of the room adding texture and atmosphere. The extra space of the peak allows for the old family grandfather’s clock to stand in the corner, marking the passage of time with measured beats and a pleasant ting of its bell which can be heard throughout the house and in the garden beyond. Black granite counter tops and polished oak flooring complete the harmonious design.

Because of the evolution of purpose for the house over the centuries “Ye Olde” has become something of a maze adding an element of mystery and discovery to the overall structure. This creates a variety of nooks and crannies to accommodate and display the conglomeration of art and family furnishings Cassia and Gary have gathered. These  represent, in their way, the passage of time and change of styles from sturdy country farm house to formal European sophistication. As time marches on the Wards keep pace with flat screen TV and state of the art kitchen appliances, not to mention the luxurious Jacuzzi bath tub in the master suite (sorry, upstairs is not shown in my slide show due to lack of time and space, but believe me, you and I would be lucky to soak in that tub). Central air-conditioning adds to the comfort and, of course, Wi-Fi all over the place, etc. So enough of my chit chat, you have met the Wards and have some idea of their love nest so let’s go inside and take a look.

Please click Bacchus to see my six minute U Tube movie clip of the Ward Homestead. When the link connects you can expand to full screen by clicking the icon on lower right. 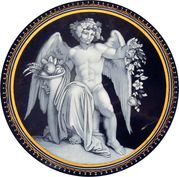